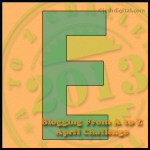 If there’s one area that “vanilla” folks have an advantage over “kinky”, it’s in the area of the Ex.

I believe it has to do with categories. In the vanilla world, you’re either a sexual partner or you’re not. You’re dating, or you’re not. Yes, you may have to deal with seeing your ex out on the town, or at social gatherings with friends, but usually the most you’re faced with is seeing them talking with (or, ok, dancing at a club with) other people.

Ah, but then there’s kink. Where the first question is: what kind of ex is it? Is it an ex-relationship? Or an ex-D/s relationship (cuz, y’know, according to fetlife those are two different things). An ex-play partner? Does that mean sex or not? What kind of intimacy (which I arbitrarily and unilaterally define as mutual vulnerability) did you share? That makes a lot of difference.

To go along with that is the issue of kink events. These are places where during the day there are classes and discussions where your ex may bring you up in a question or a comment in front of an entire class. Sometimes there is an effort to keep things anonymous (“I had this friend who was involved with a dom who…”), but come on – everyone knows who they’re talking about, or at least thinks they do.

If you’re like me, a presenter, you have the potential for being asked to do a class that you used to do with a partner who is now an ex, which opens up all sorts of jealousy issues with current partners, bittersweet memories of past ones, or even the guilty relief of having found someone better. I recently found out that a potential play partner was “warned” about me: He always shows up at events with a different demo bottom! Apparently this meant I was a woman-using promiscuous player-of-uncouth-games, or something similar. In actuality, it’s entirely possible that I’ve avoided doing classes with the same person because I’m tired of having my classes associated with relationships that are over.

And try to imagine the awkwardness of doing a class on some intimate topic, often with an explicit demonstration, in front of an Ex. Or two, or three, because let’s not forget that there’s a whole polyamorous aspect to this thing…

When you’ve been in the kink scene for a while, and in my case, all over the place, you start to realize that it’s difficult to go to an event without running into at least one or more ex. Time is usually a healing factor, of course, but not always – there are some ex’s that I look forward to seeing, and others that I will run screaming from and hide in the corner. There are some combinations of ex’s that are ok, and some that aren’t.

I’ve developed a formula (which is unusual for a non-mathematician like me) that explains how it tends to work. It is

where C is Comfort Level,

nX is number of Ex’s present,

and I is the power of Intimacy

within E, the environment.

Actually, I have no idea if that formula actually works, because when I try and plug in actual numbers it makes my head hurt. But what it means is that my own comfort level at an event is inversely proportional to how many Ex’s there are at the event, factoring in the level of intimacy in whatever environment (say, seated at the dinner table or on a panel vs. people fucking, extreme displays of D/s dynamics, lots of energy play).

I remember the first time I was in a dungeon, fresh out of a breakup, and my former slave was having a scene in the next room. I knew it was happening, but I thought it would be ok. Me, I had been happily introduced by a friend to a lovely rope bottom who was eager to have me tie her up. The perfect distraction, right? This is healthy, this was both of us moving on with our lives.

I heard a sharp slap. I heard a low moan which I knew, from years of experience, to be hers. Moments later I was up in the bar, drinking whiskey and composing maudlin blog posts.

Nowadays I know better. I have a visceral idea of when the Ex-Factor is too high, and I have no problem leaving the space. It’s the first rule of dungeon etiquette: Something going on you don’t like? Remove yourself from the situation.

I could be wrong. It’s been a long time (if ever, really) that I’ve been in a vanilla relationship. But I’m pretty sure they don’t have to deal with this kind of thing.

If I’m wrong, don’t tell me, ok? I’d prefer to believe that somewhere life is simpler.

2 thoughts on “E is for Ex Factor”