If you’ve been following along with the serialized version of the book, I hope you’ve enjoyed it. But it’s such a pain trying to scroll and click through links, right? Never fear: you can now order KUMIR both in Dead-Tree and Kindle formats. I will also have copies with me as I travel, which will[…] 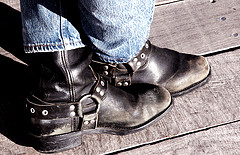 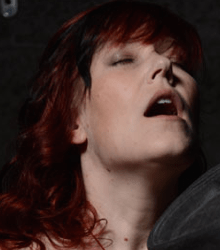 “You’re more than a barista, aren’t you, Jason?” Jane asked softly. He didn’t answer. He turned and rummaged some more in the lacquered case at the foot of the bed. Jane watched to see if he would answer, finally sighing and looking over at Isabella. Her wrists and legs were marked with the impressions of the hemp ropes. Her body sprawled lush and relaxed, her mouth slightly-open with a soft snore. END_OF_DOCUMENT_TOKEN_TO_BE_REPLACED 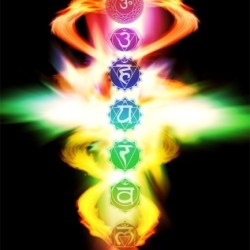 Jason returned carrying a small flat wooden box with dark curling patterns carved into it. Jane was too weak to actually convulse any more and her body simply shivered in waves that trembled through the ropes that bound her, wrists and ankles, to Isabella. The larger woman was breathing with the deep and easy rhythm of sleep, her face a classic aquiline portrait calm over the top of Jane’s matted hair. The hemp ropes that bound them were a dark crimson, the color of blood, and they pulled the women’s limbs out into an X on the futon. Isabella’s skin looked ruddy and almost luminous in the ambient light of the room, in stark contrast to the pallid tone of Jane’s body.

She was laying face down on Isabella, breath shallow and gasping. Her earlier brief moment of lucidity had been completely overcome by the shock of her ordeal. Blood still flowed from wounds in her nose, breast, and from between her legs, leaving scarlet trails across Isabella’s body and gradually staining the coverlet with dark red blood.

As Jason opened the needle case he glanced worriedly at Patrick. “I don’t think that bleeding is slowing down for any good reason.” END_OF_DOCUMENT_TOKEN_TO_BE_REPLACED

He looked at the women and swore again. Isabella looked up at him placidly, body smeared and crusted over with the dried remains of various body fluids. The wild tangle of her auburn hair looked muddy brown. Her eyes had deep circles of fatigue under them, but they still shone with the drug-induced devotion. She looked like a refugee from an 80’s punk band. END_OF_DOCUMENT_TOKEN_TO_BE_REPLACED

There wasn’t much, but the movement inspired a sudden click and sliding sound of a door opening. “Hello, Jane,” Theo’s voice echoed through the empty room cheerfully, and she opened her eyes fully just in time for a floor’s-eye view of his boot rushing towards her abdomen. END_OF_DOCUMENT_TOKEN_TO_BE_REPLACED 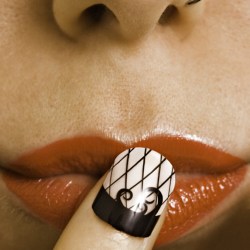